In honor of Thanksgiving season, I’ve created this pumpkin pecan ice cream for dessert.  I had so much fun using my ice cream maker last summer that I think I will be making more.  And why not pumpkin when it’s the classic flavor of the season?

By itself pumpkin is quite bland so it needs spices like cinnamon, ginger and cloves.  I’ve amped up the flavor by adding bits of chocolate chunks and toasted pecans for crunch.  The subtle addition of bourbon takes this dessert to another level. 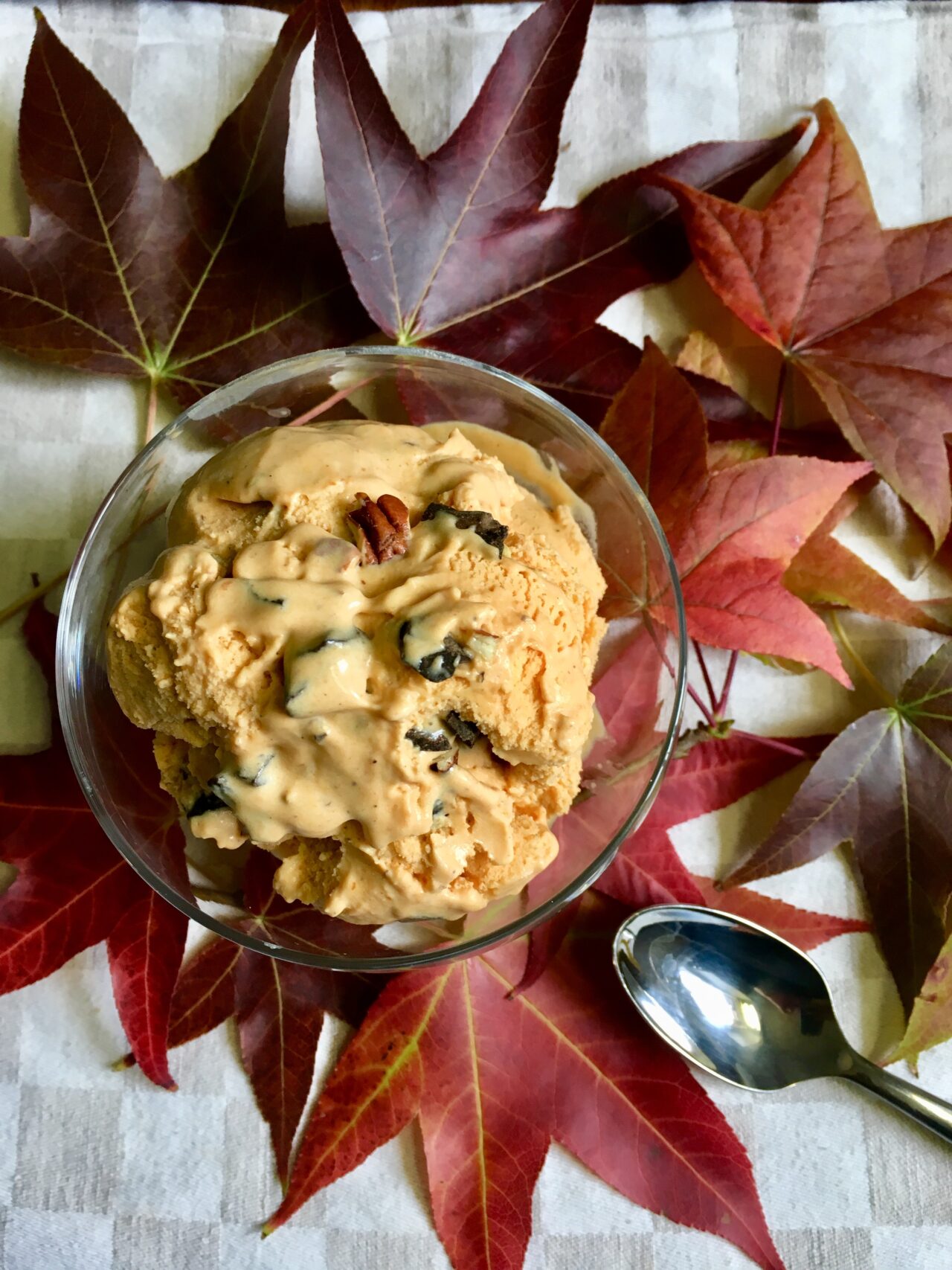 What I love about this dessert is it’s so easy and you can make it in advance.  I make it one day before and freeze it.  The next day when I serve it to my family or guests, they are just wowed by it. 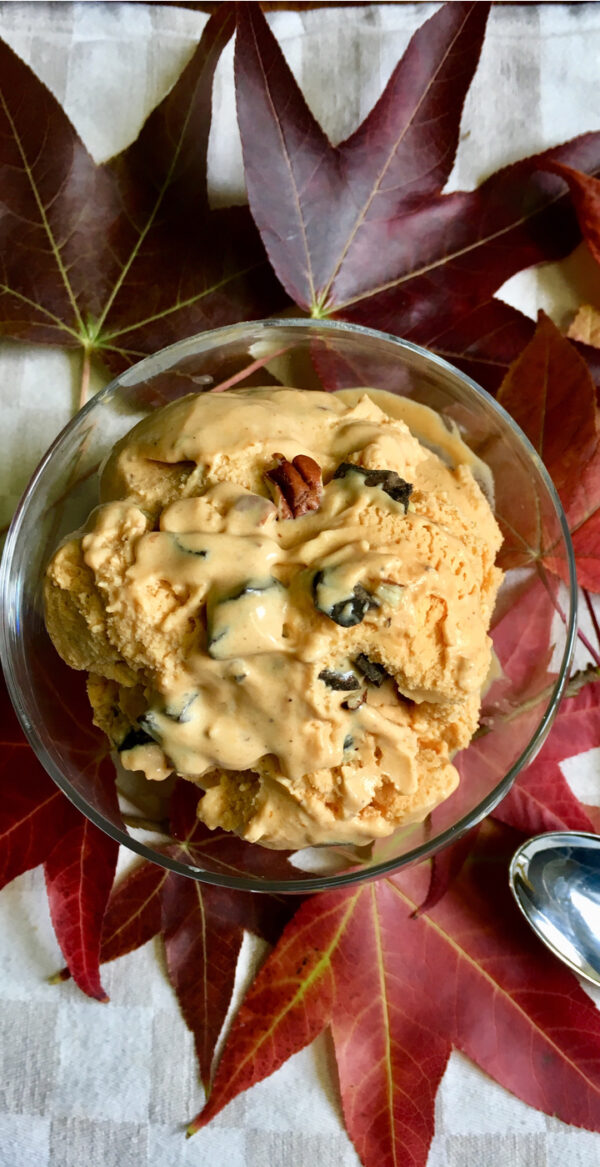 The tub of an ice cream maker must be clean and frozen ahead of time before using. Follow instructions for use as stated in manual.

Homemade chef with a green thumb. Filipino-Italian who loves to dream big and savor life in the beautiful USA!